Every engineering group of every car company wants exclusivity, and that often extends down to the smallest things. Then the corporate purchasing teams for the parts departments look them over and decide there are too many parts in the system that seem to be duplicative, thus they start eliminating them.
That’s why the car companies have multiple antifreezes at the start of new model families, and some time thereafter they’re down to a single antifreeze. GM has been using “DexCool,” a mixture of two organic acid inhibitors (2-ethylhexanoic acid and sebacic acid), plus a copper-brass inhibitor called TT (tolythriazole), formulated with an orange dye.
GM now has a new line of Chevrolet low cab forward medium and heavy-duty trucks and one of the engines is a 5.2-liter diesel four-cylinder. But it’s supplied by Isuzu which explains the specific antifreeze. Isuzu certifies its engines with a tested formula it describes as long life, meaning GM has to use that coolant until it can validate an alternative. That antifreeze is green as supplied, and GM warns not to use conventional American green, but instead a yellow dye coolant available from dealers. 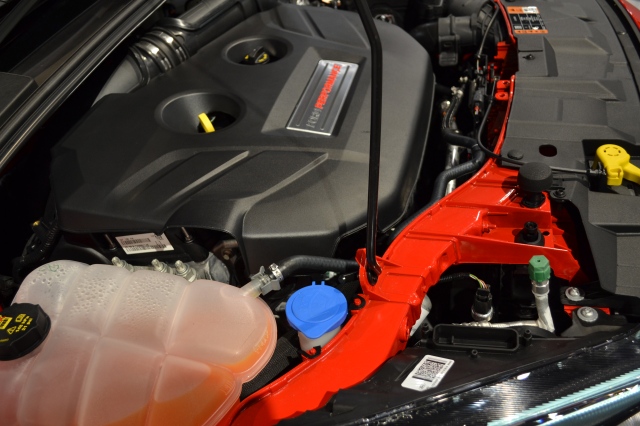 That green antifreeze is not the same used in early 1990s Saturns either. That one was a low-silicate “extended life” antifreeze picked up from the Mercedes shelf, a rather curious selection because it contained nitrite, an addition they found helpful in protecting diesel engine cylinder wet liners.
So what is that antifreeze? We had it analyzed and it turns out that it’s just a single organic acid – 2-EHA plus TT. That differs from DexCool, which has the second organic acid (sebacic acid), and various other antifreezes that use other ingredients, such as molybdate, along with TT. You can get that specific antifreeze at dealers, although our view is you can use DexCool, as it has certainly proved to be compatible with 2-EHA and TT. These new medium and heavy-duty trucks are primarily for “upfitters,” who attach specific design bodies to them, such as for construction and garbage removal.
Green antifreeze is used only with the 5.2-L diesel, which GM made clear is essential. First, there is a green propylene glycol antifreeze, which may cause engine damage. Second, Isuzu provides the diesel engine warranty for GM, and (as happens with many outside suppliers) mandates a specific coolant. Also noteworthy is the fuel-to-air fuel system cooler, which is mounted in front of the rear axle. The diesel fuel cooler is intended to compensate for higher fuel pressure and temperature (caused by changes in camshaft timing). The cooler is part of the fuel return circuit and it reduces temperature of the fuel before it goes back into the fuel tank.
Those new low cab forward chassis are Class 3 to 5 (3500, 3500 HD, 4500, 4500 HD, 4500 XD, 5500 HD and 5500 XD). The engine lineup also includes a 6.0-liter gasoline V8, a 6.0 CNG/LPG-capable version, and a second Isuzu four-cylinder diesel, with a displacement of 3.0 liters, which also gets that green antifreeze as the OE fill.

Mobile Air Conditioning Society (MACS) Worldwide Founded in 1981, MACS is the leading non-profit trade association for the mobile air conditioning, heating and engine cooling system segment of the automotive aftermarket. Since 1991, MACS has assisted more than 600,000 technicians to comply with the 1990 U.S. EPA Clean Air Act requirements for certification in refrigerant recovery and recycling to protect the environment. The Mobile Air Conditioning Society (MACS) Worldwide’s mission is clear and focused--as the recognized global authority on mobile air conditioning and heat transfer industry issues. www.macsw.org
View all posts by macsworldwide →
This entry was posted in Uncategorized. Bookmark the permalink.

This site uses Akismet to reduce spam. Learn how your comment data is processed.